LOS ANGELES — Kristen Stewart and Robert Pattinson sit side by side on a sofa at the Four Seasons hotel, discussing the end of the five-film project that made them famous and brought them together.

“Twilight” rocketed both to superstardom, and their real-life romance only propelled them further. With Friday’s release of the final film in the franchise, “The Twilight Saga: Breaking Dawn — Part 2,” the young actors bid farewell to the worldwide fantasy sensation, but not to the tabloid attention they garner wherever they go.

Dedicated Twi-Hards were devastated when Stewart admitted in July to cheating on Pattinson in a “momentary indiscretion” with her married “Snow White and the Huntsman” director. Bella and Edward, er, Stewart and Pattinson briefly split, which not only threatened to jeopardize marketing for the final “Twilight” film, but unraveled the real-life element of the vampire love story. 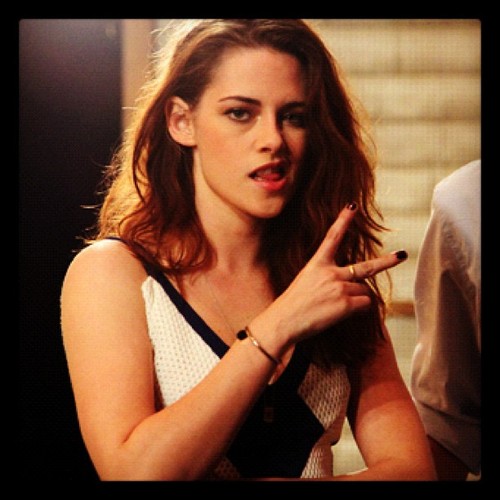 Source | YT thanks to @KStewDevotee